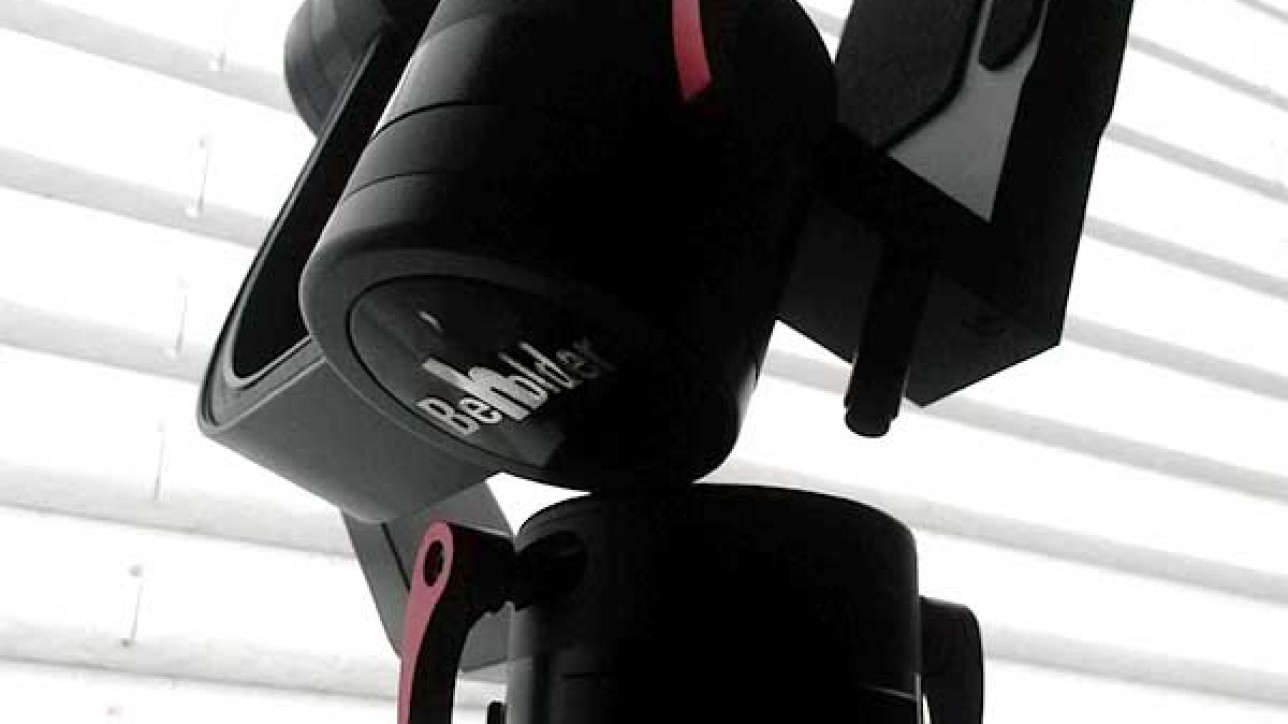 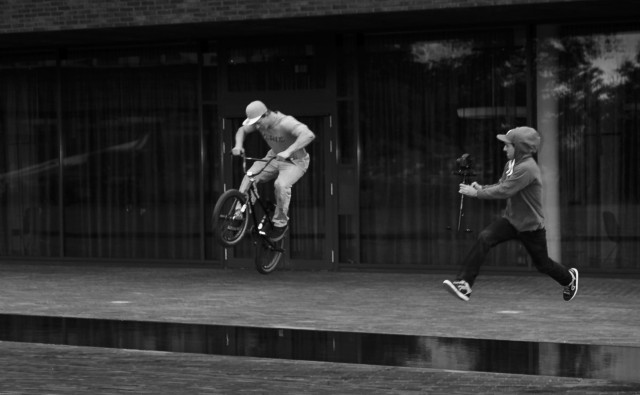 (Scroll down for the video)
Being a steadicam operator for many a year, I´ve always been in search of a piece of equipment that I could take on tour on a backpack and use with long focal length. Climbing on bridges while filming makes it way easier with a gimbal than with a steadicam. And much safer.

So there is one thing I´d like to mention at the beginning- gimbals and steadicams are total different tools in the way we can use them. For example, as seen in the video, doing smooth and organic shots with nice tilting is something I never could do with a gimbal as nice as with a steadi. Being mechanic, a steadicam can be used in wild movements and rotations where a gimbal comes to its limits. On the other hand there are a lot of scenarios in which a gimbal is the way to go:

Long focal lenght–  just watch this Cineflex video of New York to get an impression of what i mean. Operating a small and light steadicam setup it´s getting harder to stabilize with longer focal length.

Shooting in windy conditions– a steadicam is very sensitive to wind.

Shooting from a vehicle

Passing the setup to another person (through windows for example) 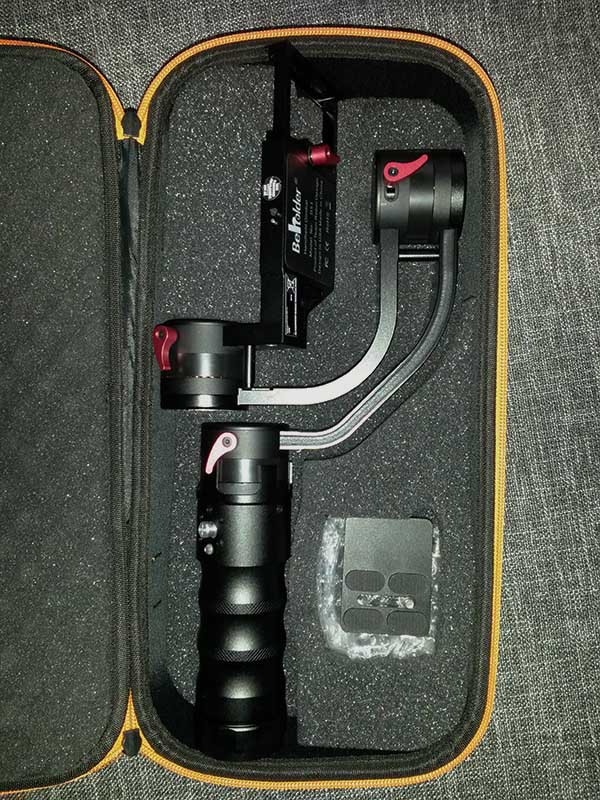 So at first you can operate in one hand mode which is cool if you need a hold while operating from a power pole or something like that. But it´s way easier to take your free hand and place it below the tube.

Shooting low mode just take a cap or quick release plate and screw it on the 1/4″ on the bottom. So it won´t slide from your hand. The tube is aluminium and gets slippery when you are sweating. Some handlebar tape will do the job, I´m also using it on my steadicams.

1633!! That´s pretty close to the maximum payload of 1700g. And longer lenses cause more trouble balancing the gimbal. The DS1 is a very light and small one, I didn´t assume it would work with a 500mm lens…

When and where I´m going to use it? For slider and dolly movements, crane and jib simulations, pov and vehicle shots and action ones where I need a light setup and a free hand. Speaking of the setup, check this out:

My backpack with the Beholder, 5D, 24-105mm, 50mm, Gopro and still space left. So I´m able to shoot floating raw with this tiny setup.

I never shot on a gimbal, so it was a challange because I´m used to steadicams. I gave myself 2 days to get to know the gimbal and to learn how to move it. The joystick is shit. It takes up to a second until it reacts and has only one speed. So it´s hard to tilt. Using follow mode makes it easier. But the company is working on a USB remote, I think it´s a software thing to provide it with several speeds.

With a 5D you can barely see the screen, go with a Sony or something like this with wifi and stream the video on your phone, attached to the gimbal post. This would be nice for low mode. I don´t think that cables will do the job because just touching makes the motors crazy. One thing I don´t like is the horizon level. Maybe I didn´t fine tune enough, but the camera always has a light tilt to one direction. Check the video for this. I´ve seen this in a lot of other videos online, so maybe it´s a software thing. I hope TRD will keep their eyes on this. 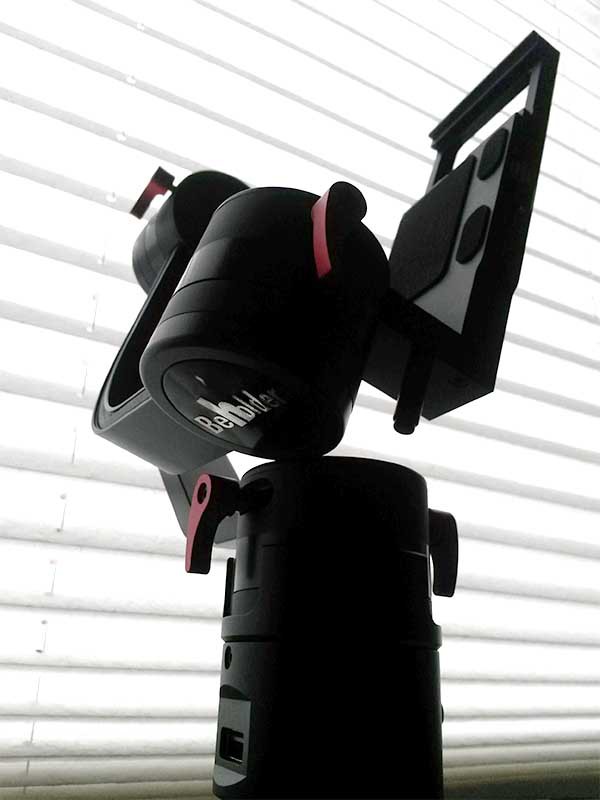 And at last this vibration phenomenon, just walking or riding on a bike (another advantage of the Beholder) is okay, but if you run there are vibrations sometimes. One thing that causes this problem is the vertical axis. Holding the gimbal straight 0 degrees there is no way (except your arms) to eliminate the vibrations. The steadicam has a grip. With a IS on, it´s much better. And there is the dirty way, but you only need like 10% of stabilizing in post. I´m going to check this problem within the next days. Be sure to keep the bolts tight!

When building a two hand rig like on the bigger gimbals a shock absorber between gimbal tube and rods will do the job I think. Using different lenses your setup time will extend, keep in mind that you have to balance the system correctly in every axis or it will go crazy with time or wild moves.

The little button ond the camera platform is your friend. It will reset the calibration by double-clicking it. It also has to be used when going in low mode. Every time your gimbal goes nuts push this button. Make sure your gimbal is placed on a horizontal area and do not touch it. Takes some time, but it will calibrate. Do not forget that the dead tiger will come alive, never take the camera of or put the gimbal in its case whith any light being on! 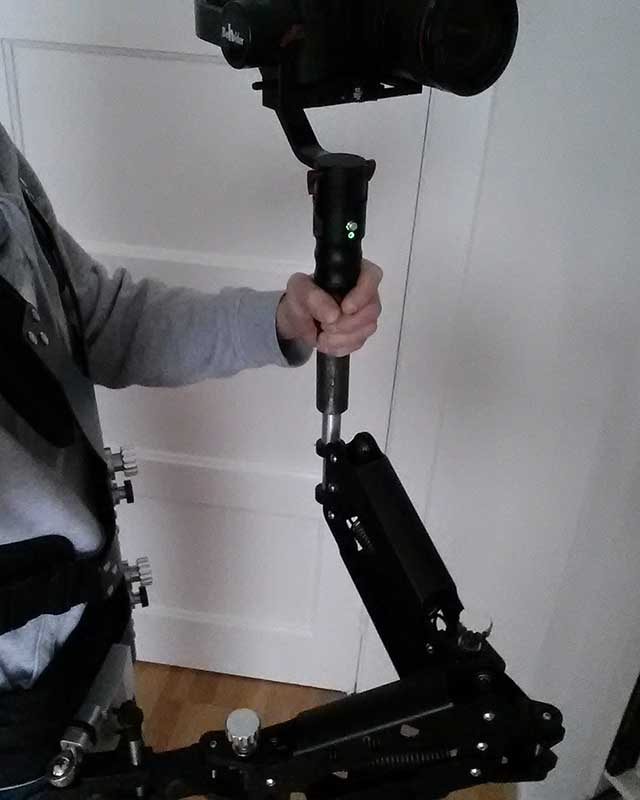 I took a tube just to check if it will work on my steadicam west, and indeed it does. So you can walk all day long carrying your gimbal. I also mounted the spring arm to a tripod which in turn was mounted inside a car.

Check your ac adapter, it should be 1,5-2 A, everything below does not load anything. I used it for about 4 hours on/ off, and there was still power in it. Simply buy some 3.7v 18560 rechargeable batteries and a charging station to be on power all day long.

Check out the video to see it in action, I did some heavy tests on it, but we are not here to play games, right?! If you have any ideas or different experience, feel free to write me.

About the video: Filmed in 14 bit raw on Canon 5D with Magic Lantern. No stabilizing in post, just some simple cc. The edit isn´t tight because I wanted to show the Beholder in each situation.